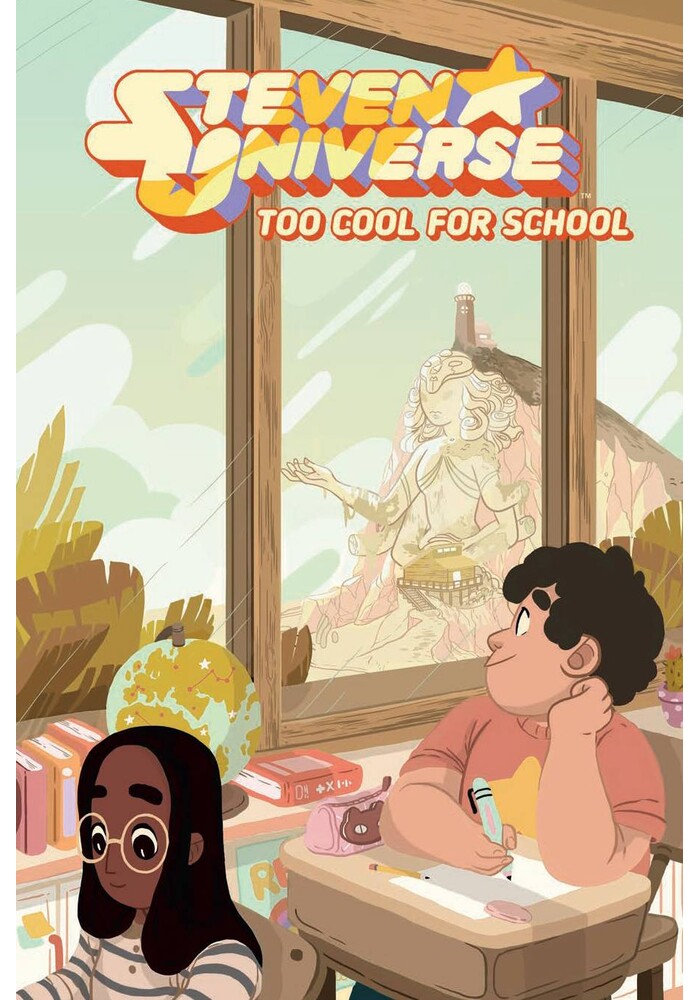 What's to Love: Cartoon Network's hit series Steven Universe has given us a serious case of the feels over and over again. Jeremy Sorese and Coleman Engle have done a fantastic job with the ongoing series, and now they're teaming up with supervising director Ian Jones-Quartey to tackle the first-ever Steven Universe original graphic novel that reads like an extended episode! What It Is: Schoolboy Steven, activate! Steven finds himself enrolled in Connie's school after a show-and-tell lesson goes awry...and things just get crazier from there! Steven is having a hard time fitting in with normal school and Connie just wants to graduate with good grades and a clean record, but when gem and homework collide, who knows what will happen. This is a lesson you don't want to miss!
Be the first to write a review!
Path: Home > AMERICAN > BOOM! STUDIOS TRADE PAPERBACKS > STEVEN UNIVERSE ORIGINAL GN VOL 01 TOO COOL FOR SCHOOL