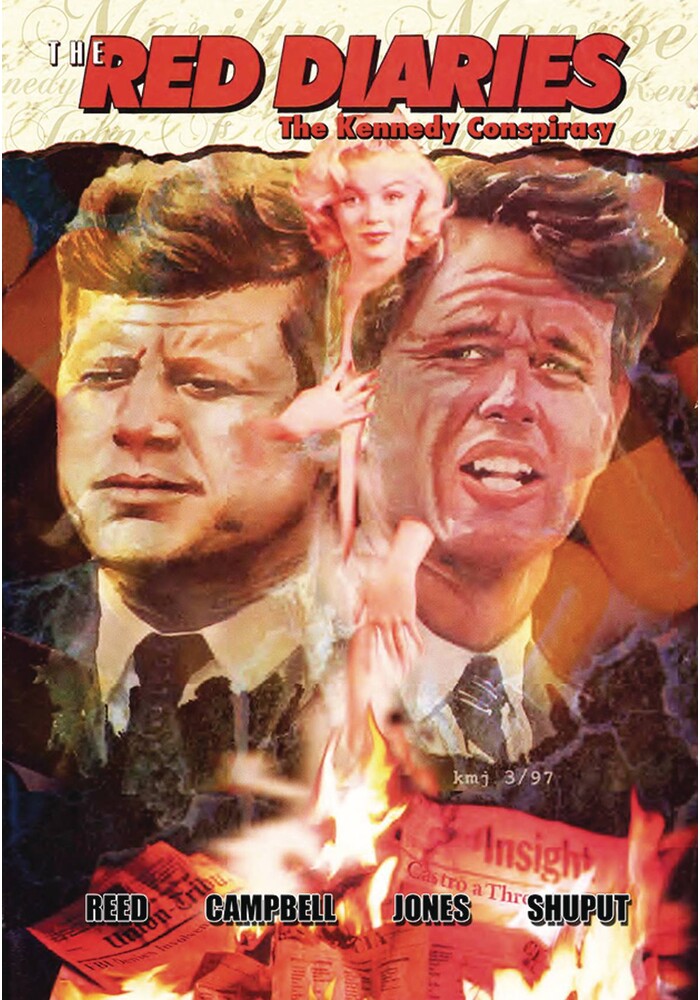 It started with a single Red Diary. Inside it contained all the secrets the owner had listened to and talked about with her lovers. She wrote down everything. Her lovers were powerful men and when she threatened to go public with it, she died. Murdered? Perhaps. But the diary went missing. The woman was Marilyn Monroe and her lovers included President John F. Kennedy and his borther Robert Kennedy. Her death remains a mystery... as does the contents of the Red Diary. Now a man claims to be the son of Marilyn Monroe. Her father? Perhaps one of the Kennedys, but he doesn't know which one. But a mob hit-man had stolen the diary. From the assasination of Kennedy and cover up, the deaths of Martin Luther King and Robert Kennedy to Watergate, our hit-man chronicles all he knows.
Be the first to write a review!
Path: Home > AMERICAN > CALIBER TRADE PAPERBACKS > RED DIARIES KENNEDY CONSPIRACY TP