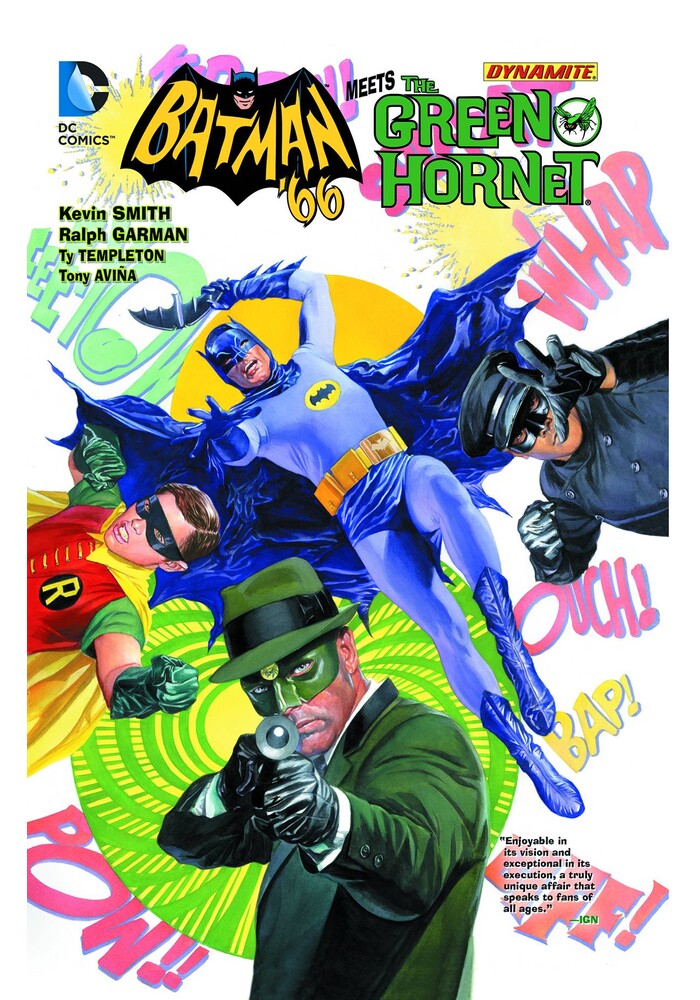 Superstar filmmaker Kevin Smith and actor/comedian Ralph Garman reunite Batman, The Green Hornet, Robin and Kato! But what could force these rivals to join forces? How about the deadly team of General Gumm and The Joker! Don't miss this title collecting the 6-issue miniseries. Co-published with Dynamite.