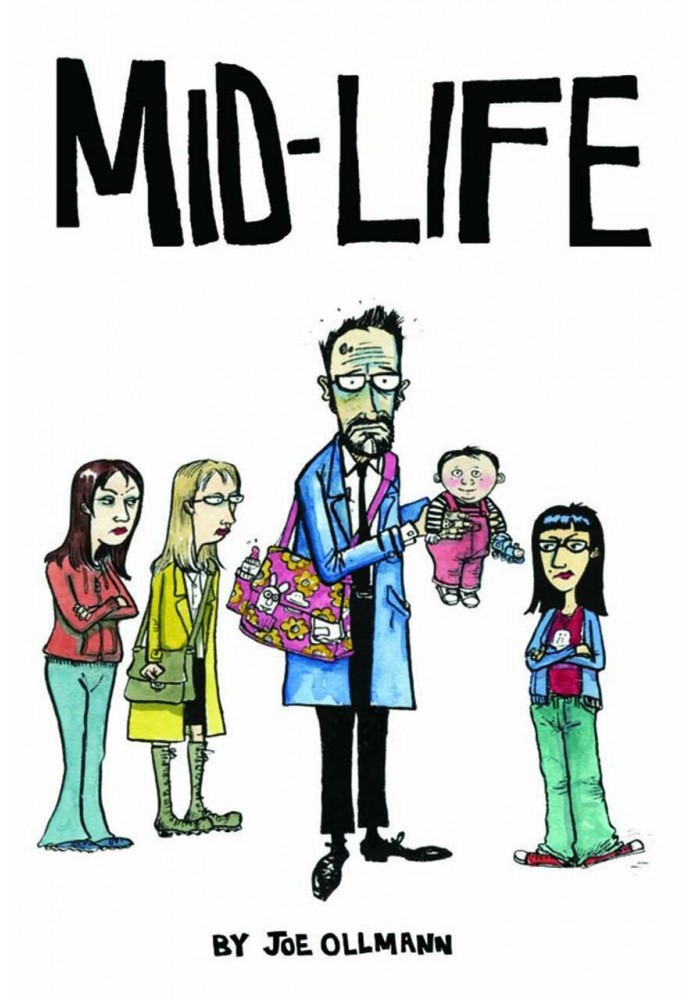 WHEN THE BODY SAGS AND THE HONESTY LAGS Mid-Life is the story of John, who at forty becomes a father again with his much younger second wife, which results in a slow, painful attack by flowered baby bags and front-facing baby carriers on his former virility and self-identity. John always believed that age is a state of mind; however, his adult daughters, baby son, energetic wife, stressful job, house full of cats, and flabby body complete with bloated stomach and sagging bosom all lead John reluctantly to admit that he is having a midlife crisis. The crisis drives John to yell at his wife, pick fights with his daughters, and miss deadlines at work that put his job on the line. He takes solace from the stress of everyday life with a seemingly harmless infatuation with the pretty children's performer Sherry Smalls, who sings adoringly to him directly from his son's DVD. Sherry, meanwhile, is equally desperate to find a distraction in life. Her path to rock stardom has been rudely overtaken by a semi-successful but completely loathsome gig as a children's performer. It pays the bills, and a Saturday-morning television show is on the horizon that is, if she is able to fire her alcoholic on-again, off-again boyfriend/bandmate. As their lives snowball, John's infatuation turns into obsession and a haphazard, fateful e-mail leads to a necessary reality check that neither John nor Sherry may have wanted, but that both will surprisingly welcome.

Be the first to write a review!
Path: Home > AMERICAN > DRAWN AND QUARTERLY > MID-LIFE GN