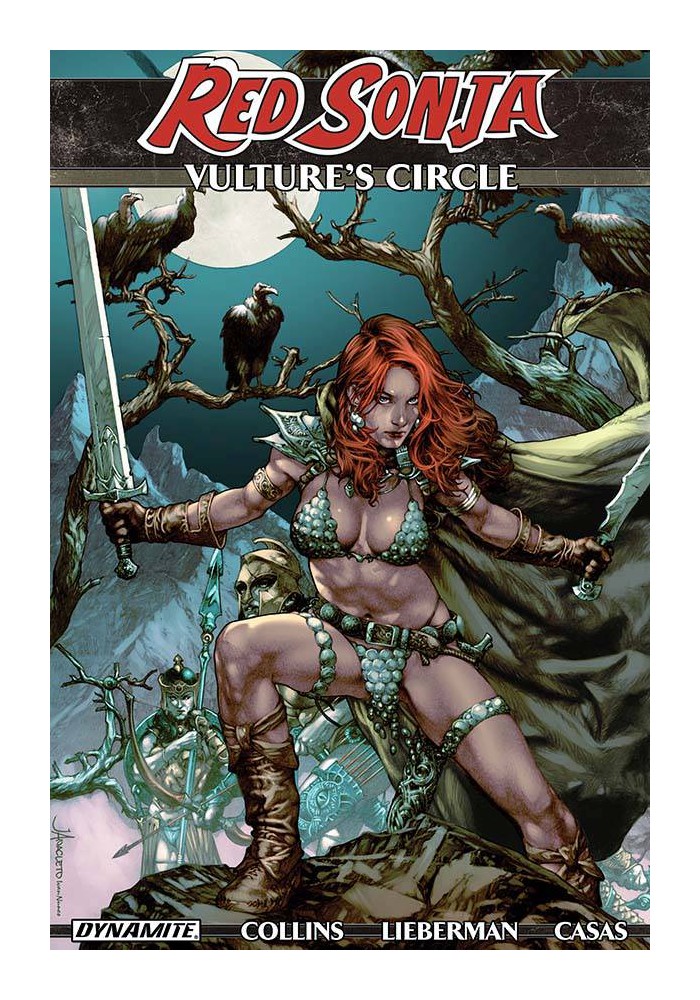 Red Sonja, now older and battle-scarred, has turned away from the warrior's lifestyle of bloodshed and vengeance. As the headmistress of an academy for sword maidens, she prepares a new generation of She-Devils to face whatever conflicts and horrors the Hyborian Age can muster. However, when the fate of the world once again stands upon the edge of blade, Sonja must come out of retirement to wield it! Deep in the shadowy realm of southern Stygia, cultists have performed a blood ritual, giving birth to Sutekh, the son of the ancient god Set. A winged reptilian with the power to draw human souls out of his victim's bodies, the vicious demigod raises an army to conquer all mankind. Kingdoms fall one by one before his wrath, and the temples of all other gods are razed to the ground. Red Sonja, aided by her prize pupils, must blaze a path to the fabled God Caves in search of the only divine power capable of matching Sutekh's might... but to win the favor of her patron goddess Scathach, Sonja must face the failings of her earlier life and make a terrible sacrifice of her own. Acclaimed author Nancy A. Collins (Vampirella, Swamp Thing) joins with Luke Lieberman (writer of the sweeping Queen Sonja saga) and skilled artist Fritz Casas (The Blood Queen) to tell a heart-wrenching, world-shattering tale of the once and future She-Devil!
Be the first to write a review!
Path: Home > AMERICAN > DYNAMITE ENTERTAINMENT TRADE PAPERBACKS > RED SONJA VULTURES CIRCLE TP