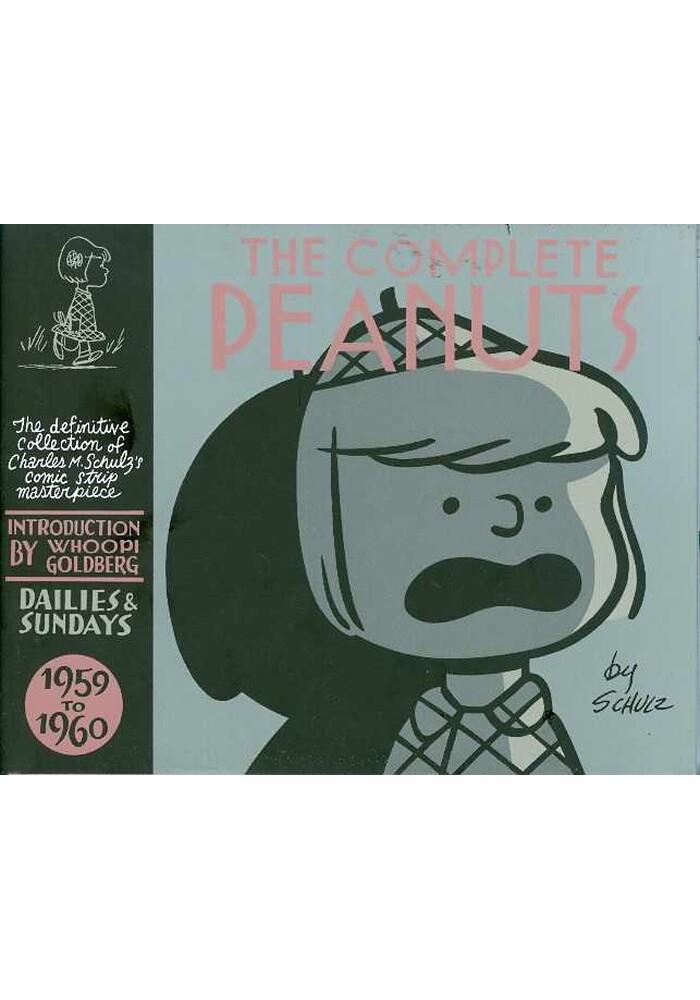 Rounding out the first decade in this volume, major new additions to classic Peanuts lore come fast and furious here. Snoopy begins to take up residence atop his doghouse, and his repertoire of impressions increases exponentially. Lucy sets up her booth and offers her first five-cent psychiatric counsel. For the very first time, Linus spends all night in the pumpkin patch on his lonely vigil for the Great Pumpkin. Charlie Brown's sister Sally makes her appearance, first as an (off-panel) brand-new baby for Charlie to gush over, then as a toddler, and eventually a talking, thinking cast member. All this, and one of the most famous Peanuts strips ever: 'Happiness is a warm puppy.' Almost one hundred of the 731 strips collected in this volume (including many Sundays) have never been collected in any book since their original release, with one hundred more having been collected only once.The introduction is by comedienne extraordinaire Whoopi Goldberg, who reveals which Peanuts character she has tattooed on her body (and where), as well as telling of her meeting with 'Sparky' Schulz, and her fascinating theory on Snoopy's brother Spike.