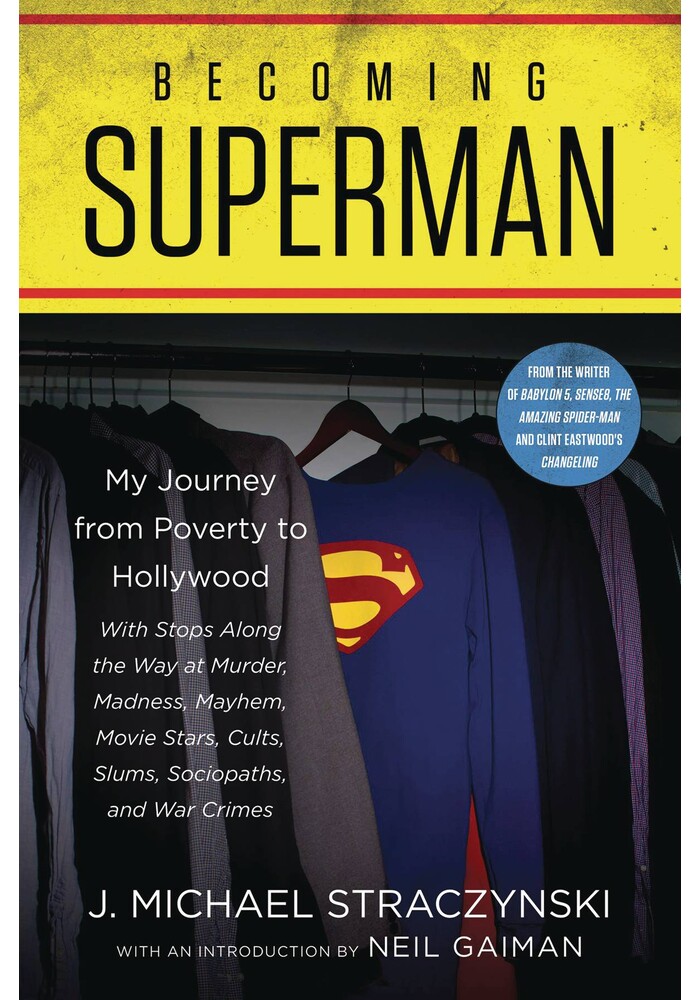 BECOMING SUPERMAN MY JOURNEY FROM POVERTY TO HOLLYWOOD

For four decades, J. Michael Straczynski has been one of the most successful writers in Hollywood, one of the few to forge multiple careers in movies, television, and comics. Yet there's one story he's never told before: his own. Joe grew up in abject poverty, living in slums and projects when not on the road, crisscrossing the country in his father's desperate attempts to escape the consequences of his past. Joe found refuge in his beloved comics and his dreams, and his ability to tell stories and make everything come out the way he wanted it. But even as he found success, he could not escape a dark and shocking secret that hung over his family's past. Becoming Superman lays bare the facts of his life: a story of creation and darkness, hope and success, a larger-than-life villain and a little boy who became the hero of his own life.

Be the first to write a review!
Path: Home > AMERICAN > HARPER COLLINS BOOKS > BECOMING SUPERMAN MY JOURNEY FROM POVERTY TO HOLLYWOOD