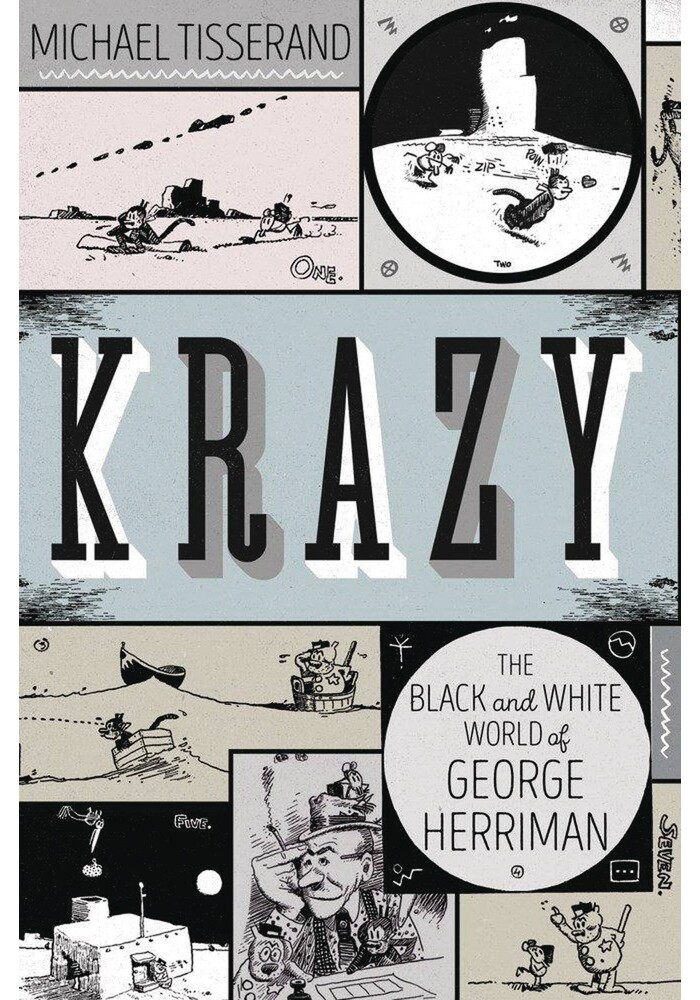 The creator of the greatest comic strip in history finally gets his due-in an eye-opening new life revealing the truth about his heritage and fascinating double life. Born and raised in the ethnic maelstrom of 19th-century New Orleans, George Herriman's work on Krazy Kat was both hugely popular and widely acknowledged as the cartoon that elevated cartoons from daily diversions to an anarchic art form. Yet underlying his whole life was a very private fact: known as 'the Greek' for his swarthy complexion and curly hair, Herriman was in fact an African-American. Drawing on deep original research into Herriman's family history, Michael Tisserand restores this little-understood figure to vivid life.
Be the first to write a review!
Path: Home > AMERICAN > HARPER COLLINS BOOKS > KRAZY BLACK & WHITE WORLD OF GEORGE HERRIMAN HC