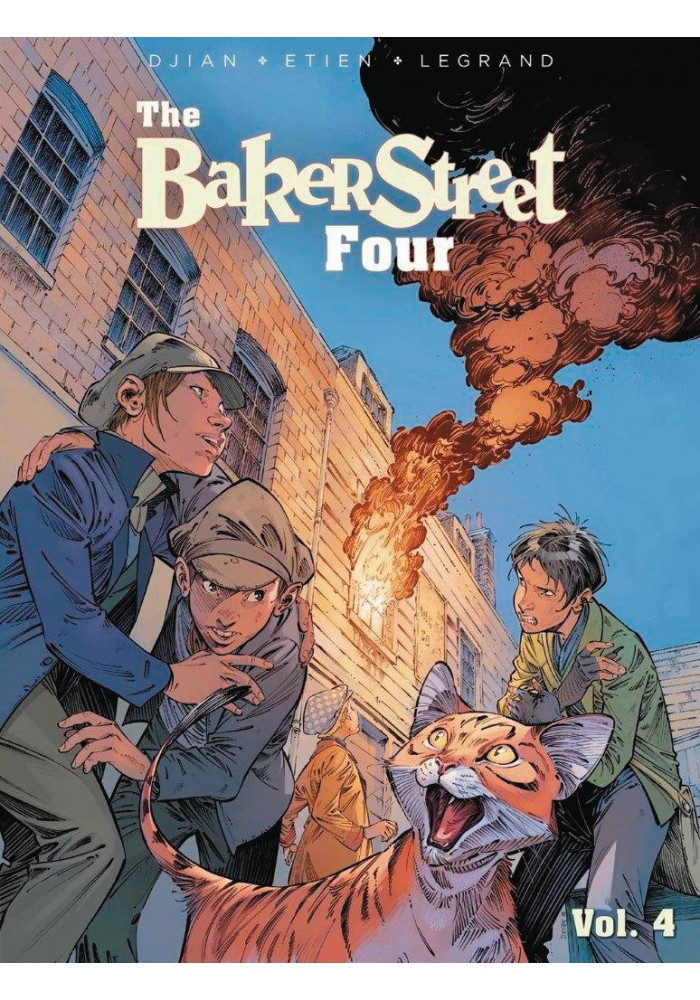 After three years spent waging a secret war against the former associates of Professor Moriarty, it's time for Sherlock Holmes to emerge from the shadows and once again inhabit his rooms at 221B Baker Street. But first he must take down the last and most dangerous member of Moriarty's network: the cold-blooded killer Colonel Sebastian Moran. While Holmes moves his pawns, Moran releases his dogs, a pack of assassins led by the sinister Deadeye. Will Billy, Charlie, and Tom - and Watson the cat - be able to stop them before it's too late?
Be the first to write a review!
Path: Home > AMERICAN > INSIGHT EDITIONS BOOKS > BAKER STREET FOUR GN VOL 04