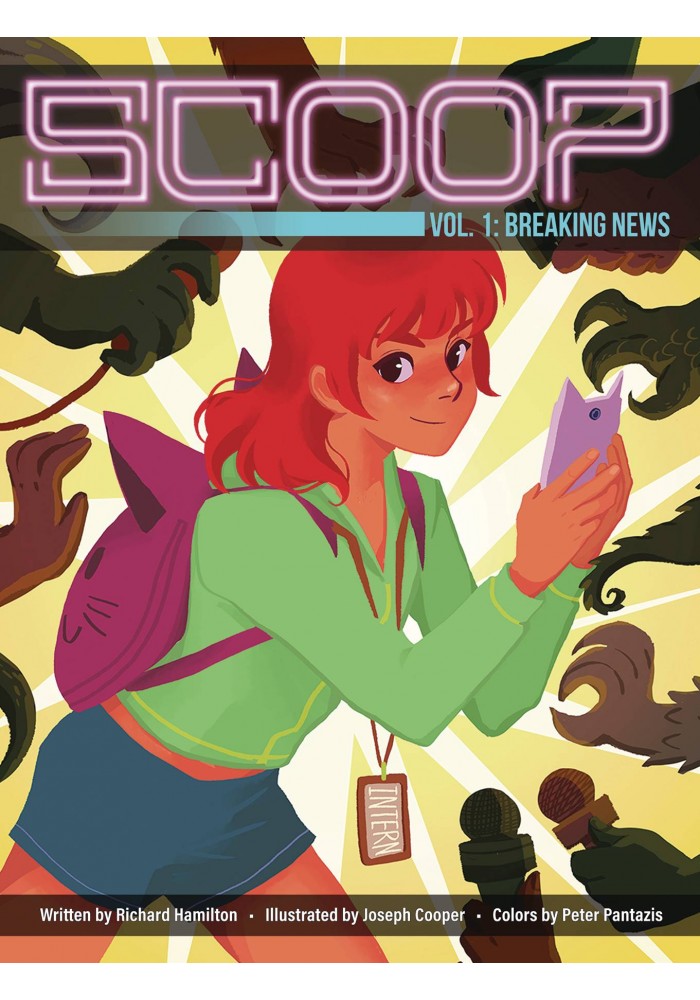 Paranormal mystery meets conspiracy thriller in this action-packed comic for young adults starring Sophie Cooper, a brilliant student-intern-turned-sci-fi-sleuth out to clear her family's name. Meet fourteen-year-old Sophie Cooper-red-headed Cuban-American, high school freshman, and daughter of a loving father currently under house arrest for embezzlement and money laundering. While her mother struggles to support the family and her bratty younger brother, Kit, sits around tinkering with his 'inventions,' Sophie has only one goal: clearing her father's name. When an internship opens up at the local news station, Sophie seizes the chance to do a little investigating of her own. Unfortunately, WMIA 7 isn't exactly CNN. In between logging Betacam tapes and fetching coffee for the station's washed-up reporting team, Sophie sifts through the 'broken stories': crank-calls and dead-end tips reporting everything from UFOs to alligator-men. However, one name keeps popping up: Matheson Savings and Trust, the bank that accused Sophie's father of money laundering. Sounds like a conspiracy to this cub reporter! Determined to follow her lead, Sophie sets out to investigate the weirdness, uncover a conspiracy, and clear her family's name . . . just as soon as she finishes her homework
Be the first to write a review!
Path: Home > AMERICAN > INSIGHT EDITIONS BOOKS > SCOOP GN VOL 01 COOPER VAR CVR