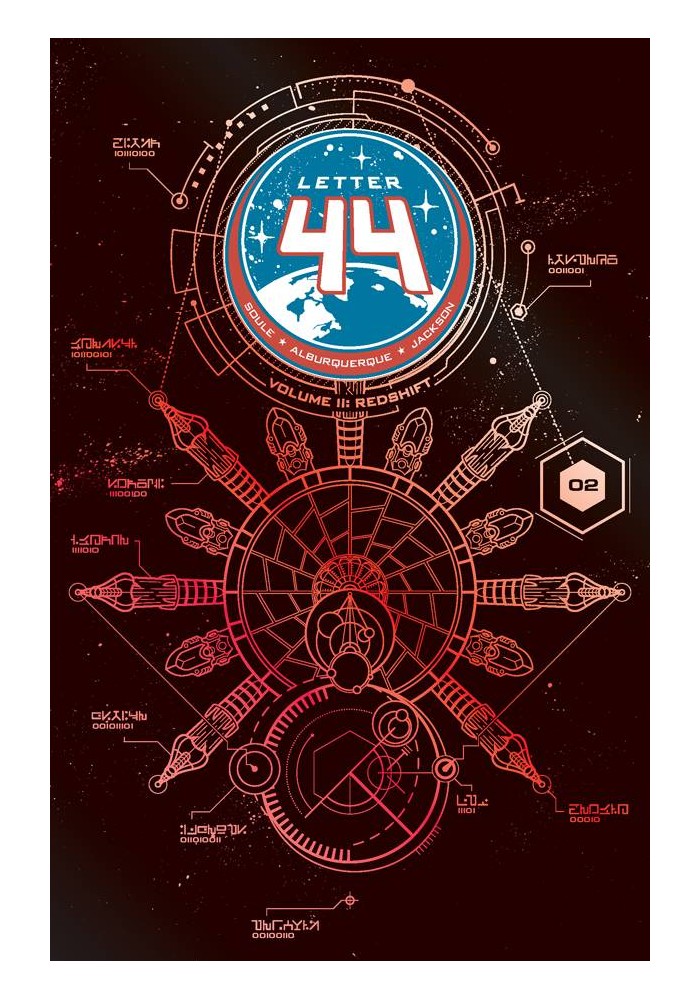 Six months into his first term, President Stephen Blades is attempting to salvage his administration from the revelation he received on his Inauguration Day--an alien presence is building something in the asteroid belt, and the previous president covered it up while sending a manned mission aboard a ship names the Clarke to investigate. Blades has a plan to end the Middle Eastern wars begun by his predecessor, and to start preparing American for the truth about what's coming... but he's facing serious threats from within his own government and a new, mysterious danger from abroad. Meanwhile, the brave astronauts of the Clarke finally meet the aliens... but what they learn seems likely to doom the Earth.
Be the first to write a review!
Path: Home > AMERICAN > ONI PRESS TRADE PAPERBACKS > LETTER 44 TP VOL 02 REDSHIFT