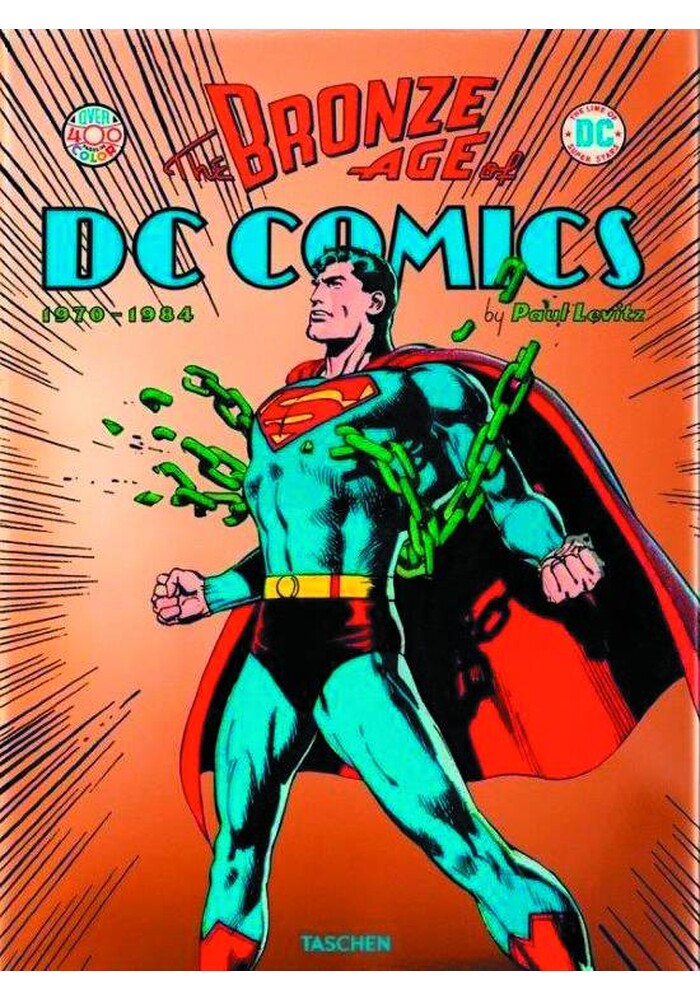 With an undeniable mass appeal, Christopher Reeve's Superman cemented the role of the superhero as America's most enduring archetype, and the comic book as one of the country's most significant native art forms. That art form, however, was already moving in a new direction. Influenced by the emergence of underground comics and shifting political tides, DC's line of comics was increasingly aimed at adults. Socially relevant subjects such as drug addiction, racism, and women's rights had entered the mainstream, and comics weren't just for kids anymore. The Bronze Age of DC Comics includes an original interview with Green Lantern/Green Arrow writer Denny O'Neil.
Be the first to write a review!
Path: Home > AMERICAN > TASCHEN HARDCOVERS & TRADE PAPERBACKS > TASCHEN BRONZE AGE OF DC COMICS 1970 - 1984 HC