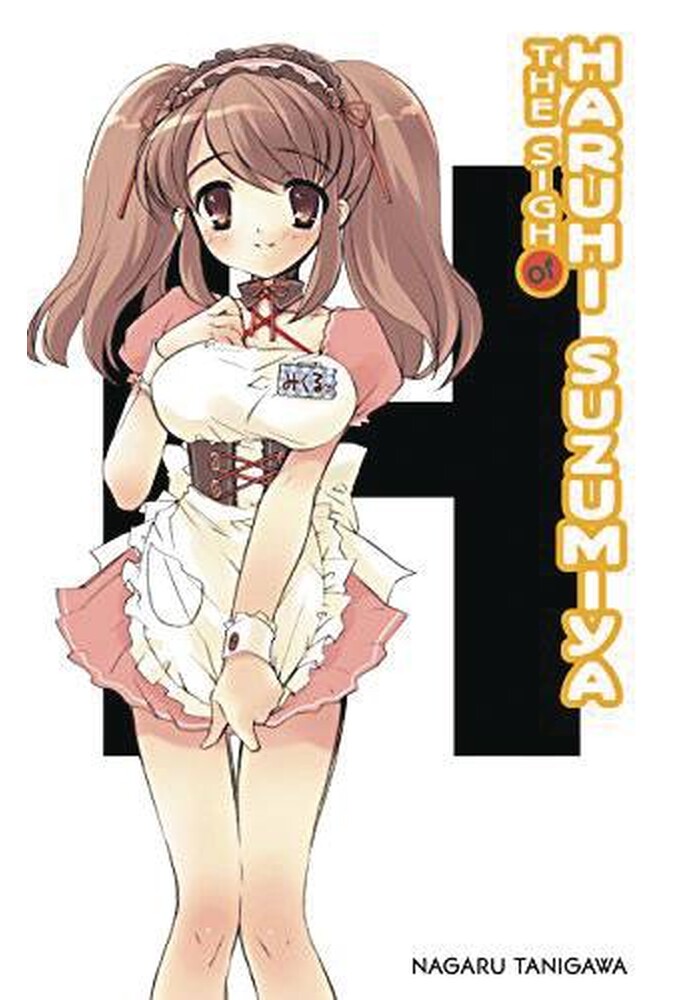 In this novel, the story follows the SOS Brigade's first movie making project, starring Mikuru Asahina as the main protagonist. Additionally, Nagato is made the antagonist in the movie and Koizumi is the conflict hero, who is supposed to end happily ever after with Mikuru, but faces competing interests from Nagato. Haruhi comes up with the idea that the SOS Brigade needs to do something for the upcoming cultural festival. Her class is doing a questionnaire, which is boring in her mind. She decides to make a movie, starring Mikuru. However, Haruhi begins to confuse the movie world with the real world, and the real world begins to become more like her movie. The pigeons in front of the shrine turn white, then into Passenger Pigeons, cherry trees blossom in autumn, Mikuru begins to shoot lasers out of her eyes, and the cat Shamisen begins to talk. By the efforts of Itsuki and Yuki, Kyon eventually convinces Haruhi to add a disclaimer at the end that the movie is a work of fiction. Overnight, the movie apparently edits itself, and is shown. With the disclaimer, Haruhi herself realizes it is a work of fiction, and the world reverts back to normal.
Be the first to write a review!
Path: Home > AMERICAN > YEN PRESS MANGAS > SIGH OF HARUHI SUZUMIYA SC LIGHT NOVEL