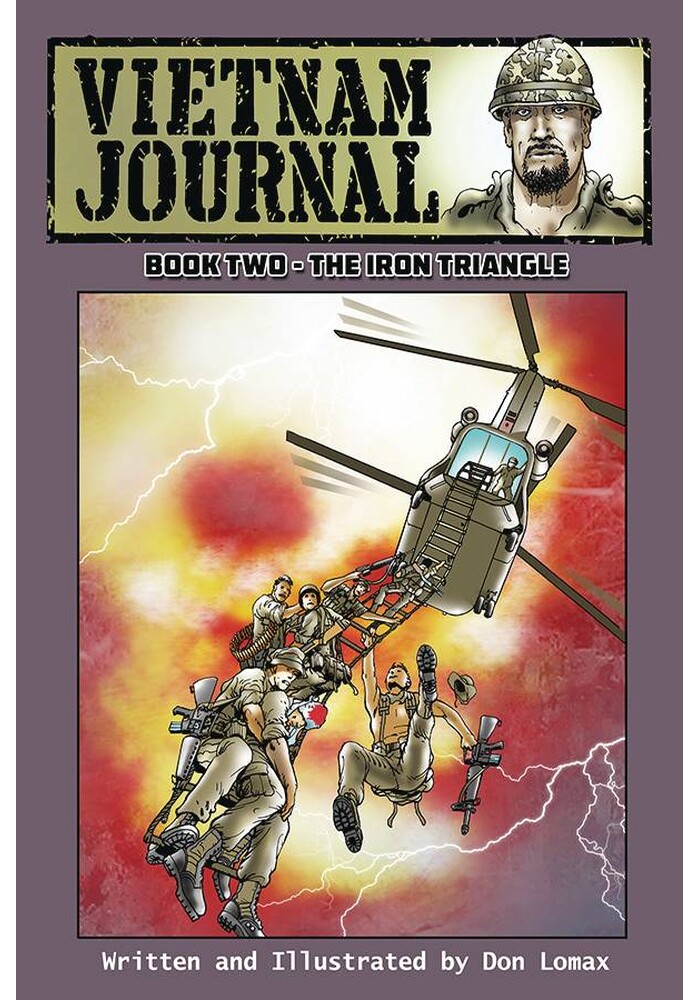 The acclaimed Vietnam Journal series from Don Lomax, nominated for a Harvey Award, is collected and presented as a series of graphic novels. Vietnam Journal is a look at the Vietnam War through the eyes of a war journalist, Scott 'Journal' Neithammer, as he chronicles the lives and events of soldiers on the front line during the Vietnam War. 'Journal' must test his resolve in order to help others survive as he cannot sit ideally while events unfold around him. He finds himself in the infamous Iron Triangle with his troop company as they come across a village hamlet that was supposed to be evacuated but it wasn't. Collects issues #5-8.
Be the first to write a review!
Path: Home > COMIC BOOKS > VIETNAM JOURNAL GN VOL 02 IRON TRIANGLE