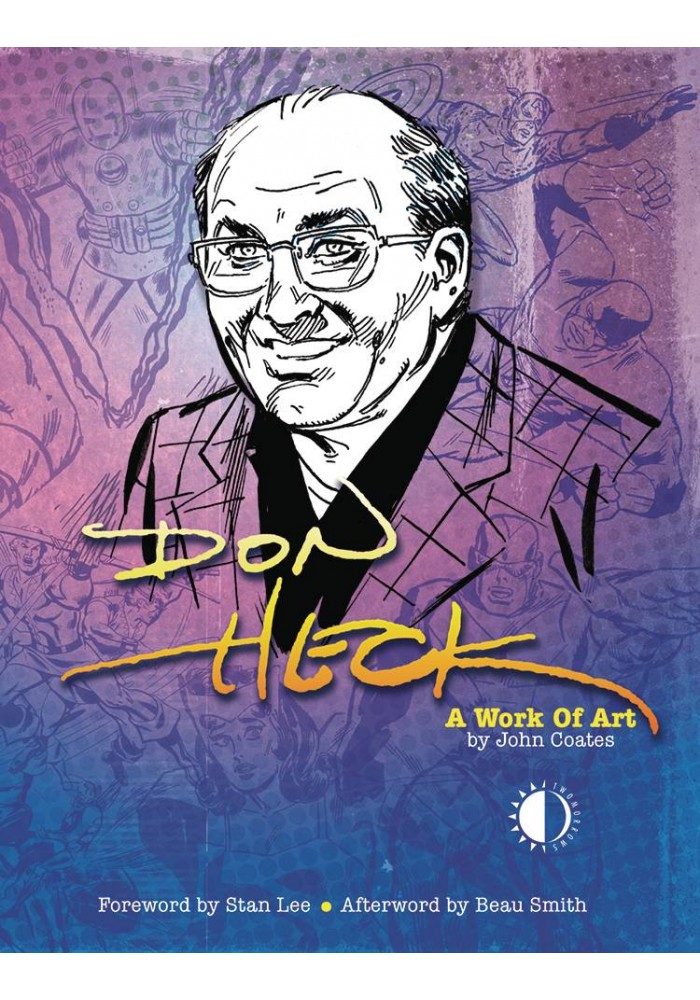 Same great book as the original, but less than half the price! A heavily illustrated biography of Don Heck, the co-creator of Marvel Comics characters Iron Man, Hawkeye, and Black Widow, and artist on The Avengers. Along with Stan Lee, Jack Kirby, and Steve Ditko, Heck was an integral player in 'The Marvel Age of Comics', and a top-tier 1970s DC Comics artist. A Work of Art features meticulously researched and chronicled information on Don's 4year career, with personal recollections from Don's surviving family, long-time friends, and industry legends, and rare interviews with Heck himself. Includes published, unpublished, and pencil artwork, a Foreword by Stan Lee, and an Afterword by Beau Smith.
Be the first to write a review!
Path: Home > COMIC BOOKS > TWOMORROWS PUBLISHING MAGAZINES SERIES > DON HECK WORK OF ART HC NEW ED