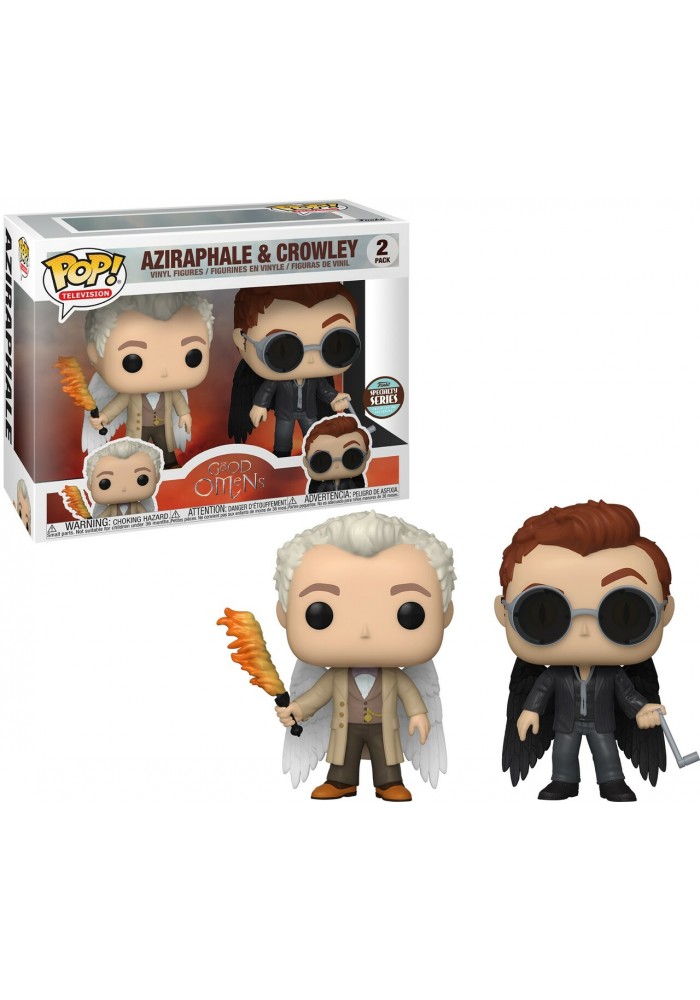 From Funko. From the adaptation of Neil Gaiman and Sir Terry Pratchett's comic fantasy novel Good Omens comes these Angelic (or are they demonic?) additions to your Funko POP! collection! Each figure stands approximately 3 3/4" tall and comes packaged in a window box for display. Collect Crowley, as played by David Tennant, with an apple, while Michael Sheen's Aziraphale carries Agnes Nutter's book of prophecy, and look for chase versions of each! Or, you can collect a two-pack of the pair that features exclusive winged designs!