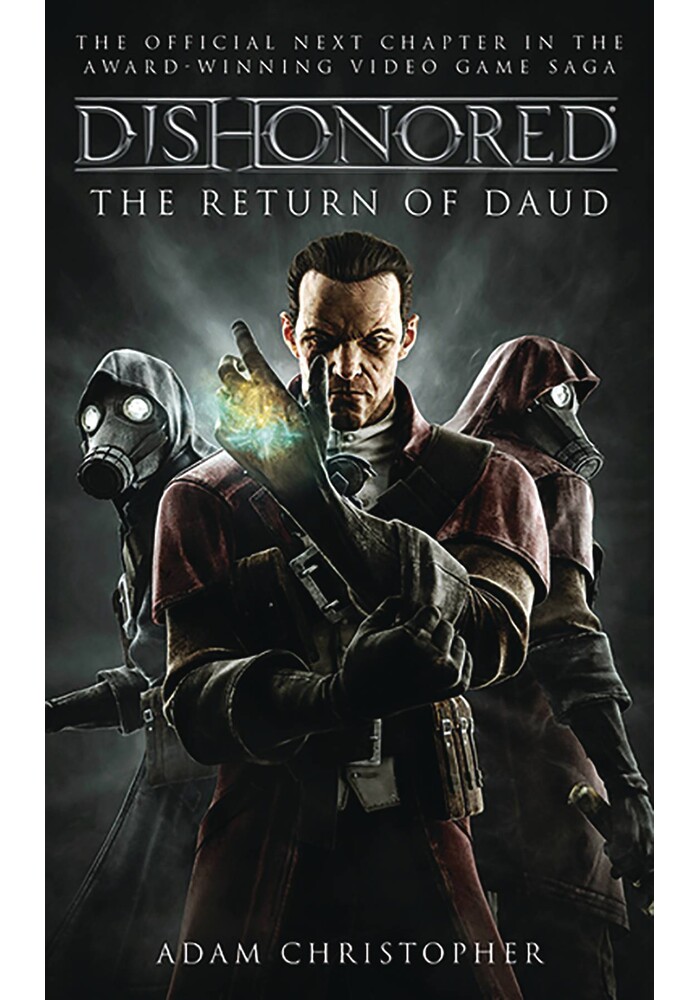 Daud - traitor and assassin - has returned to Dunwall, a city shaken by the overthrow of Empress Emily Kaldwin. He is seeking a mythical weapon, said to have the power to kill the Outsider, and will go to any lengths to find it. But there are those who are watching his every move. Travelling the Isles to complete his mission, Daud will soon discover that old enemies have been waiting for him, and new enemies are easy to make... Dishonored was the biggest launch of an original game in 2012, and sold 3/4 of a million units in less than a month This novel will weave into the storyline of Dishonored 2, and will be official canon A rich setting in an industrial steampunk version of Victorian London Author Adam Christopher is a huge fan of Dishonored, and worked closely with the game development team to tie the novels directly into the game's canon

Be the first to write a review!
Path: Home > NOVELS > DISHONORED RETURN OF DAUD MMPB